Open doors in the Musikfabrik Berlin -save the date: 11th March – starting at 4 pm with workshops of all kinds of percussion in the house, there will be concert of all musicians starting at 7 pm – we will play at 8 pm for about half an hour;-) See you there!!!

Autumn Party in the Musikfabrik Neukölln on Saturday, 5th November 2022, starting at 7 pm with the band Drum Kitchen, followed by a lot of Taiko drumming. With The Schredders, party will start…

40 waves – an audiovisual event – performance and lounge, presented by Simono – an artist in Berlin: paintings, visuals and sounds. After a taiko concert at 8 and 10 pm alongside audiovisual effects, a DJ will save our lives;)Tickets can be bought here.

Fashion summit in Berlin! We will play taiko and alongside, we will be acting as models for the label Susumu Ai in the Samurai Museum, Auguststraße 68 in Berlin-Mitte, on the 5th September 2022.

Taiko and electronic sounds alongside the play-offs and finals of the Ubisoft E-Games in Berlin at Theater am Potsdamer Platz – Sunday, 21st of August 2022 starting at 2pm.

Taiko – concert and hands-on activities at the Ministries’ Open Day at the Federal Foreign Office at Werderscher Markt in Berlin-Mitte: on 20 and 21 August 2022 – we will play two sets of 20 minutes on each day: 10:30am and 1:30pm. Try to experience the magic of japanese drumming for yourself after one of those sets!

Commemoration Ceremony “Hiroshima and Nagasaki” – Saturday, 6th of August 2022 in Volkspark Friedrichshain – at 8:16am the bell of world piece will be rang; the program starts at 9:45am with some taiko sounds.

Happiyokai 2022 on Saturday, 11 June 2022 – all of our 11 taiko training groups will perform pieces they have currently worked on. The concert starts at 4pm in the large hall following the café on the ground floor in the Musikfabrik Neukölln, Neuköllnische Alle 6-8 in 12057 Berlin. Friends and acquaintances are cordially invited. The concert will be followed by the big annual party with join-in activities and a jam session.

Taiko picnic at the end of this year’s Hanami season (“cherry blossom show”) on Sunday, 8 May 2022 from 2 – 6 p.m. at the TV Asahi Kirschblütenallee in Teltow, on the former wall strip near Lichterfelder Allee 165. In addition to Japanese sounds to pause and perceive the transience of the beautiful moment, there will also be join-in offers for the curious in between.

Japanese drumming sounds under blossoming cherry trees on Wednesday, 20 April 2022 from 12 – 2:30 p.m. on TV Asahi Kirschblütenallee in Teltow, on the former Wall strip near Lichterfelder Allee 165 – concert on the occasion of the Japanese Cherry Blossom Weeks – organised by the City of Teltow and the Teltower Platte Environmental Initiative.

Taiko at the MEX, the Manga and Animée Fair in Berlin – 24th of October 2021 – Messehallen

the whole performance was reorded by the organizers of the MEX and can be seen here:

Before Olympic Games in Tokyo: Party Kanu-Team Potsdam on 24th of January 2020

the whole performance was reorded by the organizers of the MEX and can be seen here:

Our performance at the ufaFabrik Boulevard 2019 – an insight

Taiko, Ondo dances and Mikoshi at the Parade Carnival of Cultures on 9th June 2019 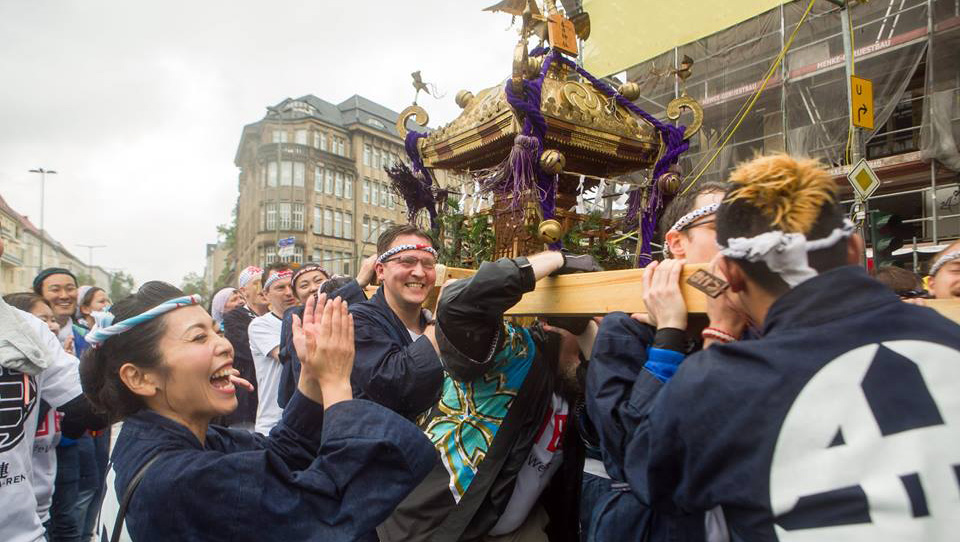 Moving into the Musikfabrik – “Richtfest” December 2018 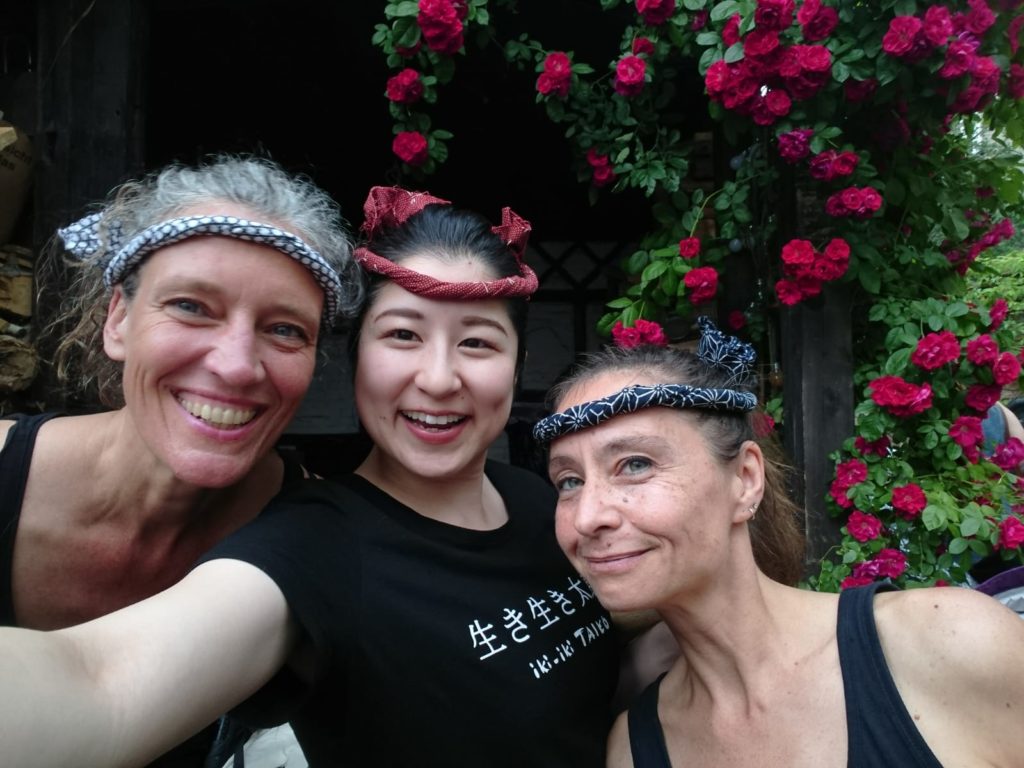 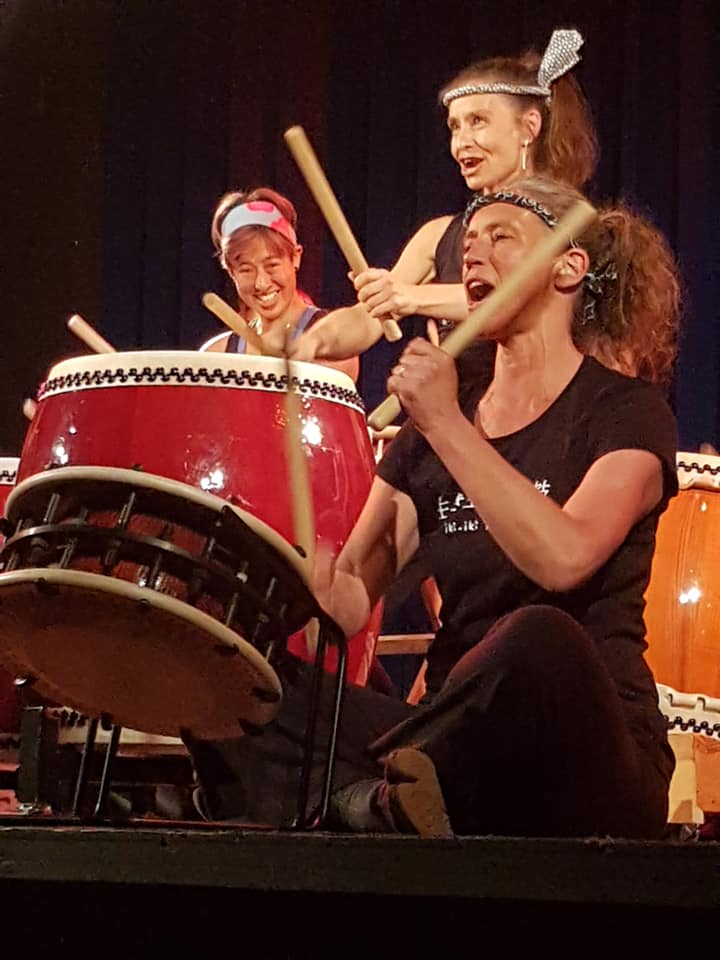 Taiko at the Berlin Marathon 2018

ufaFabrik Boulevard 2017- one of our first bigger performances: